Friday 13th May: Across the border..

The sail from Ile a Vache to the Dominican Republic was rough and tough.  25kts on the nose and a short sharp sea.  A punishing 36 hrs for boat and crew, and a great relief to get the hook down in Bahia de Aguilas, a spectacular deserted bay just over the Haitian border.  Sleeping, swimming, windsurfing, running, eating and resting until equilibrium restored.

16th May. A brush with the Authorities
Then we rounded Cabo Falso very early one morning and anchored off Isla Beata.  There’s a remote fisherman’s camp on the island, plus a coastguard station.  The table is laid and just as we are about to eat our breakfast omelette, a fishing boat arrives and 4 guys jump aboard.  One is in the uniform of the Armada (Navy), the others are in jeans and t shirts, but this seems to be an official visit.  We explain in sailor’s Spanish that we have arrived from Haiti and are on our way to Salinas, the nearest official Port of Entry in DR.  They write down our passport details and ship’s registration with a pencil in a notebook, then ask to see below.  They have a quick tour, (checking for Haitians perhaps) open a few lockers, look under a mattress and then in the fridge.  Finally they notice a rum bottle and suggest that we all have a drink.
Well it’s a bit early for me, but Si Señor! I invite them all to take a seat while I produce a nice bottle of Appleton rum and four glasses.  They pour out four large measures which are quickly despatched.  It’s about 9am.  The glasses are refilled and then the two men left on the fishing boat demand a drink.  Two more tumblers of fine Jamaican rum are passed back to them.  They all approve very highly of the rum and declare it’s much better than the local ‘Brugal’.  We’re having quite a party now, the rum is flowing and I’m posing for photos with the guys on their phones.  Next the uniformed armada sailor discreetly asks me to step below with him.  Now he’s standing at the foot of my bed in his jackboots and camouflage outfit, quietly requesting a small ‘regalo’ for himself.  I find a few DR pesos and hand them over, he pockets them and suggests they should take the rum too.  Hilarious! Back in the cockpit it smells like a distillery and spirits are high.  Now they each want a picture of themselves posing at the wheel.  Finally we all shake hands and they clamber back on to the fishing boat and on their merry way, swigging from what’s left in the bottle as they pass it around.
Right where were we?  Oh yes, breakfast..
The fishermen returned later that morning with a ‘regalo’ for us, a freshly netted snapper.

17th May: Time to get South
According to our insurers, Hurricane Season in the Caribbean officially starts June 1st and Escapade needs to be safely stored out of the danger zone by then.  It’s the middle of May already!  Just when we were getting our sealegs!
We have decided to haul out in Curacao for the summer while we go home to Guernsey for a few months.  Curacao lies about 350 miles south of DR, but the trades and currents will be pushing us west, so we plan to work our way Eastwards along the South coast of DR to get a good angle.  As we venture out past Cabo Beata one morning, the angle is not great for our next planned harbour, but the wind is north of east and it looks like we can make it straight to the ABC’s.  We decide to just go for it.  Most of the trip was fine, a bit bumpy but we were cooking, singing, eating and sleeping all the way.  The final approach to Bonaire was tough, wind and currents now right on the nose and we’re a bit fatigued after 48 hrs at sea.  Finally we make it in to our old mooring spot off of Kralendijk and relax for a few days.

19th May: Bonaire revisited
The wind just kept blowing, I discovered a couple of spots to windsurf in waves and we went free diving at some of Bonaire’s beautiful dive sites.
We are still getting comfortable with freediving.  I find some days are easier than others and some days are just inspiring.  For sure the more you do it the better it gets, you just get much more relaxed with the depth if you dive every day.  This week in Bonaire I was loving the water, I bought a dive watch so I could check my depths.  One day I was hanging in neutral buoyancy just off the reef wall at about 16m (55 feet).  Very calm and still, seeing every detail of life in the coral, enjoying the slowed heart rate and watching the world swim by, not using much oxygen and feeling very relaxed.  I’m amazed when it’s like that, so are the passing scuba divers. 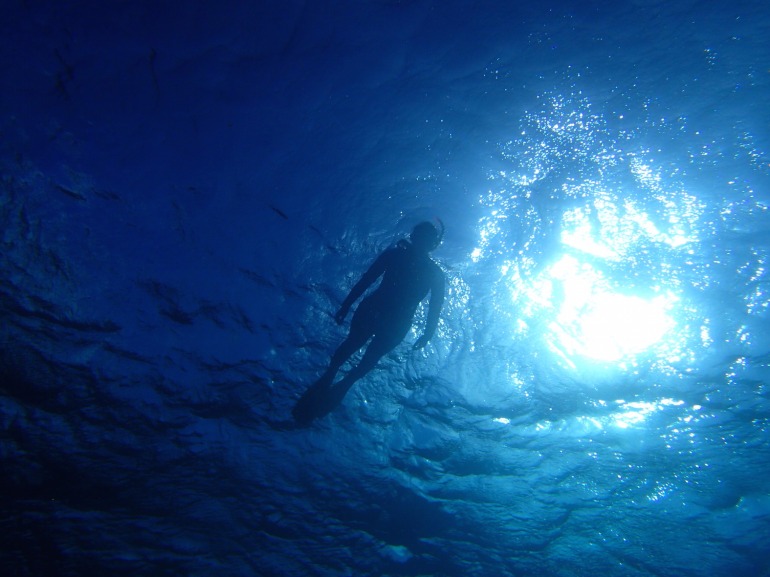 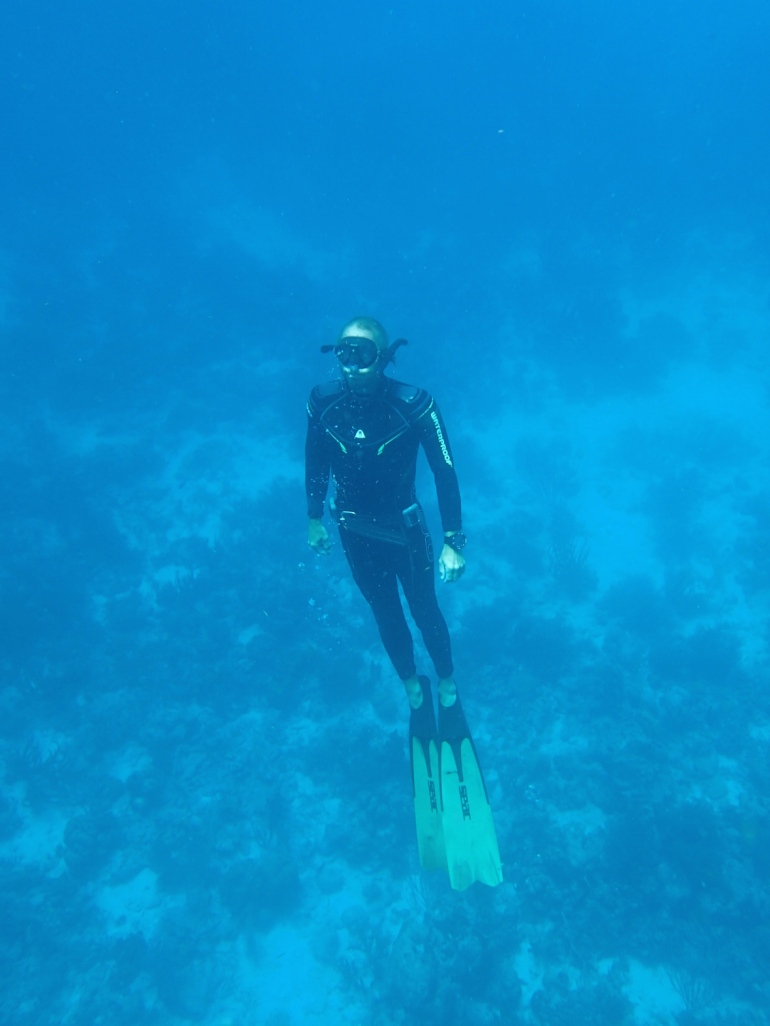 27th May: Curacao Boatyard
We are hauled out and spend a week giving Escapade her ‘Spring Clean’.  Engines serviced, outboard serviced, sails off, water-maker pickled, halyards pulled up, all ready for a hot summer in the yard.

6th June: Bye-bye boat
So there goes another winter! We’re looking forward to catching up with friends and family back in the real world. (Not sure which world is real anymore) This season has been a real voyage of discovery for us. Christmas time in Los Roques, learning to dive and free dive in Bonaire, sailing with whales in the Dominican Republic, exploring the deserted Bahamian Out Islands, discovering uninhabited TCIs, our unforgettable trip to Haiti and covering a good few ocean miles.  We have sailed almost 10,000 miles in Escapade since we left France in October 2014.  By our original schedule we should be halfway across the Pacific by now, but the Caribbean has shown us a far richer and more remote sailing experience this winter than we ever imagined.  Empty waves, empty anchorages, perfectly clear water and healthy reefs teeming with life.  Why rush?