First of all, apologies for the long silence on the blog.  The last update was almost a year ago, at the end of our third winter in the Caribbean.
Now, where were we?
Oh yes, sailing round the world.
So we lifted Escapade out in April 2017 and left her in a field in Panama while we went home for a while.
Finally we are back on board, that was a longer lay-up than we had planned, but we keep getting distracted..

A bit of windsurfing:
2017 was a big year of windsurfing for me.
Starting with the magical San Blas islands, the first distraction of the year, then home to Guernsey.
Except that we were on the International Windsurfing Tour which took us to wave competitions in Morocco, Barbados, Mexico, Peru, Chile and Hawaii.
I also managed to fit in the Kona Worlds in Sweden, a longboard race class world championship with a crack squad from Guernsey.
Dawn’s involvement grew into a tour manager role for IWT, so she was increasingly busy while I was competing.
So while the original plan was a summer in Guernsey, the IWT Summer itinerary was too tempting!
A compelling list of destinations and waves to be ridden. So our Guernsey time was shorter than planned, but sweet as always.

Maui Time:
After the last event of the tour at Ho’okipa, we stayed on in Maui for a while.  Living on the North Shore and getting plenty of exercise.
Surfing, windsurfing, wind-foiling (hyrdofoil windsurfing).  Immersed in the healthy, hippie Paia lifestyle; lots of kombucha, chia seeds, hemp protein, yoga, avocados, rainbows and mountainous Hawaiian waves..
It suited us very well and our quick Maui trip extended to three and a half months!

Japow!
A quick January pitstop to see family and friends in Guernsey and UK, then off on a snowboard trip to Japan.
More of an expedition really.  I was invited to join friends from Guernsey who are split-board enthusiasts.
That means that the board splits into two skis, to which you attach climbing skins and crampons, whip out a pair of telescopic ski poles and climb a Japanese mountain, rather than use a ski lift. Sounds like hard work, and it is, but the whole point is that you can go wherever you like, up mountains where there are no lifts, and no skiers.  So we did. Central Hokkaido and then up to the island of Rishiri.  Incredible terrain, fresh Siberian snow every day.  Very cold.  Wonderful toilets. 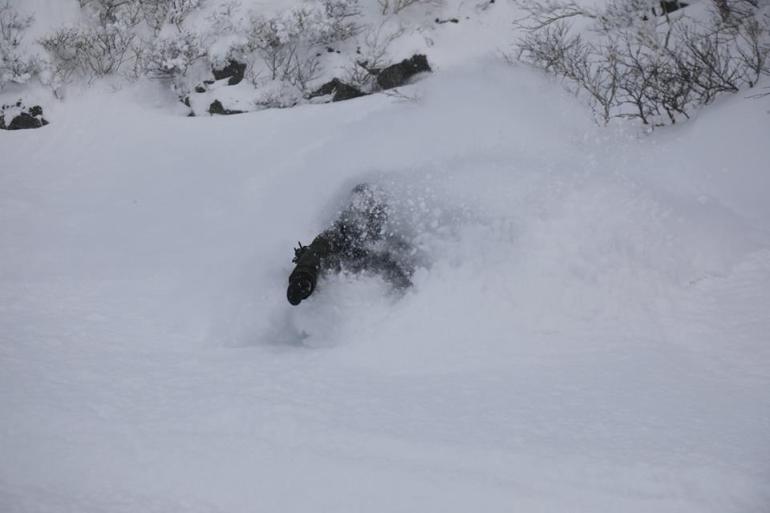 Back to Panama:
So two weeks in the frozen North of Japan, reunited with Dawn in L.A, then straight to the heat of Panama.
Another tropical boatyard; chickens clucking beneath our hulls as we prepare the boat to splash.
Ten months is a long time to leave her in the jungle, long enough for a bit of mould to grow, but we did a really good job of putting her to bed.
Everything was stripped, cleaned and stored.  Sails off, halyards pulled into the mast, all deck gear lines and canvas stowed.  Then a big tarp rigged for sun protection, which was still there when we got back!
It seems so much quicker and more satisfying to be putting it all back together than it was to pack up last year.
The start of a new season and all the adventures to come, pretty good motivation to get her ship shape again. 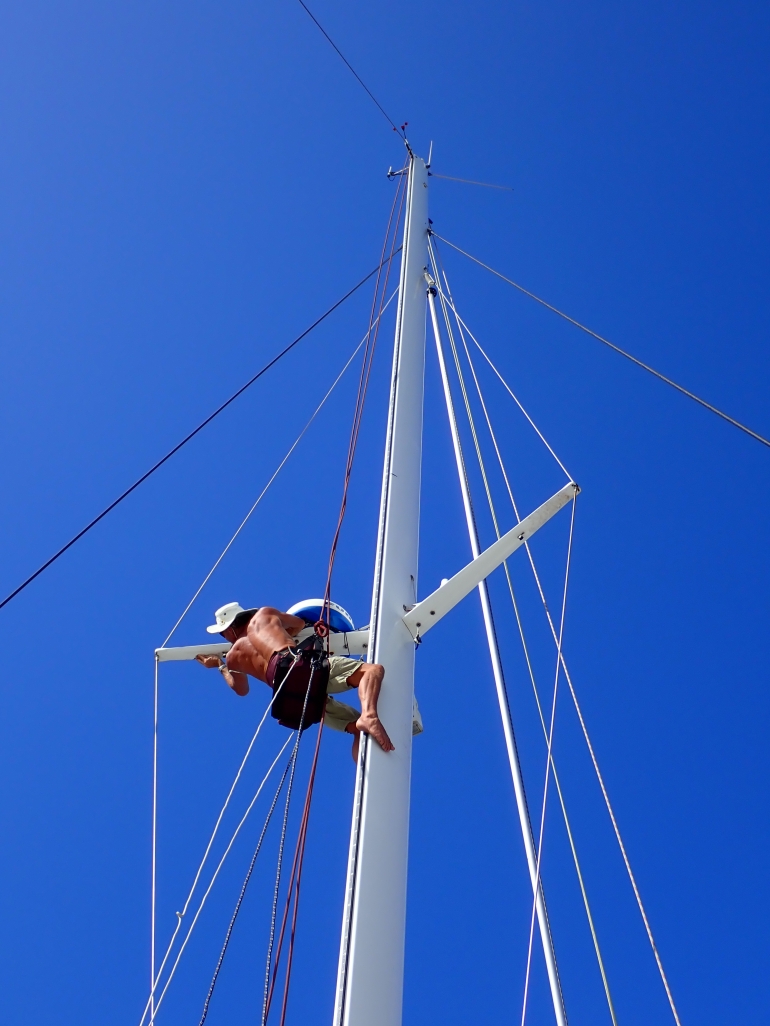 The to-do list
It seems to me that there is a brief honeymoon period in new-boat ownership.  The first year tends to involve quite a bit of snagging, getting to know all the systems and dealing with the teething problems.  Years 2 and 3 are then blissful seasons of carefree cruising, enjoying life onboard, everything works, with a small and easily ignored ‘to do’ list.
We are now in year 4!
The last few weeks have involved quite a bit of what my daughter Jemima calls ‘Bilge Yoga’. Contorting in to hot, awkward spaces to replace water pumps, solenoids, hose-clips etc, keeping corrosion at bay, maintaining all the little 4 year old components.  Little things that tell me my new-boat honeymoon might be coming to an end.
She is still a young boat, but old enough now to have seen a few gear failures.  We have just had to replace a Facnor roller furler and a Furuno chart plotter display.

Hydro-power
We also added a bit of complexity by installing a Hydrogenerator.
We have been so happy with our decision to live by solar power only (no generator).  Our 600W panels provide all the juice we need for life at anchor: pumps, lights, cold beers, charged Macs and even running the water-maker. The last three winters in the Caribbean have been sunshine powered.
The Pacific will be different, long ocean passages with the auto pilot working day and night, depleting the battery bank (No solar at night!).  Escapade powers across oceans with foaming wakes and an abundance of free energy in her sails.  So we have installed a Watt&Sea hydro-generator which should be able to produce clean electricity from all of that wind-driven boat speed.  I will report back on how it performs once we get going.
Jungle Jogging
After all that boat yard work we have been escaping into the Panamanian forest for some exercise. It’s a great nature trail, this week we have seen howler monkeys, white-faced capuchin monkeys, three-toed sloths, parrots, a magnificent toucan and an anteater.

Ready for the canal..
We have paid the money, had the boat measured, filled in all the forms. Now we have a date for our transit.
29th March Escapade will travel the 35 miles across the Isthmus from Caribbean to Pacific.  The next chapter!