Having dragged Jemima away from the sea lions of San Cristobal, we sailed to Santa Cruz.  The doldrums continue to produce glassy calm seas for us, sailing weather best suited to diesel engines.  I am so looking forward to the trade winds further south.

Santa Cruz is the centre of tourist tripping in the islands.  A pleasant little place with plenty of cafes, wifi, t-shirts and the Charles Darwin Research Institute.  It is populated by laid back local Ecuadorians and roaming gangs of sun burnt eco-tourists dressed in wide brimmed hats and beige safari suits, being led by a National Park guide.

One spin-off of this tourism is the recent arrival of some great restaurants, we ate well.  They are growing quite a few crops on Santa Cruz, so rather than the usual fried snapper with plantains, we are offered ‘farm to table’ modern Ecuadorian fine dining no less!

There is also a great Saturday morning farmers market to top up our stores, a huge open barn full of fresh produce, followed by a trip to the breakfast stand where they fry up a very sustaining plateful for the early morning marketeers. 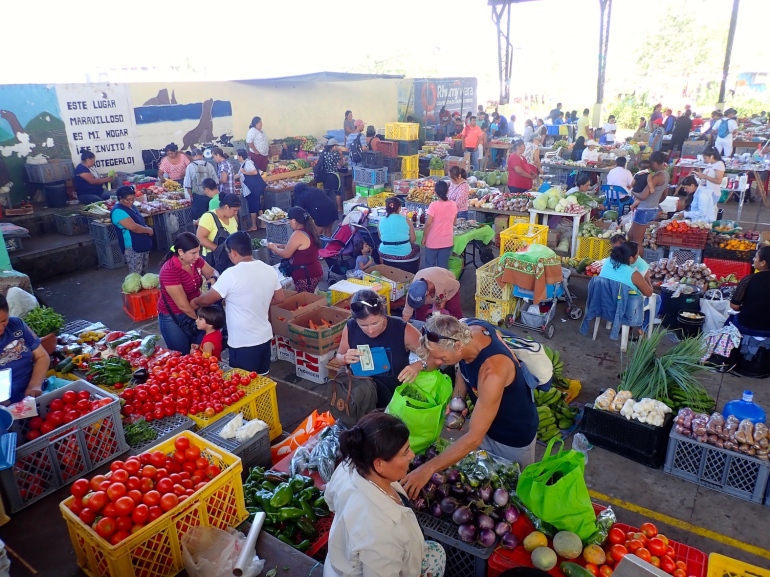 There are lots of young black-tip sharks swimming around the boat, large eagle rays, the usual boobies and pelicans dive-bombing.  On land there are plenty of iguanas and another breeding centre for giant tortoises.

There is nature to see here, but most of it has been packaged up to sell as a tourist day trip, which I have an irrational aversion to.

We head for the next stop, Isla Isabella.  Past the spectacular Isla Tortuga, a jagged crater rim emerging from the sea, swell surging around its rocky walls. 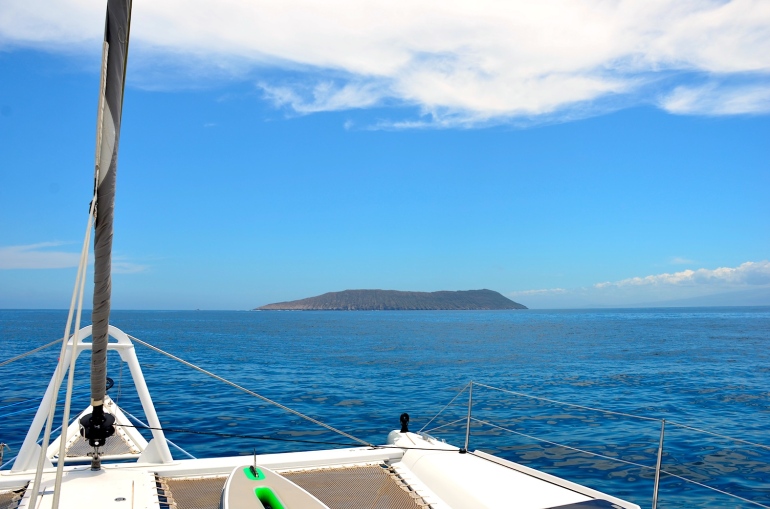 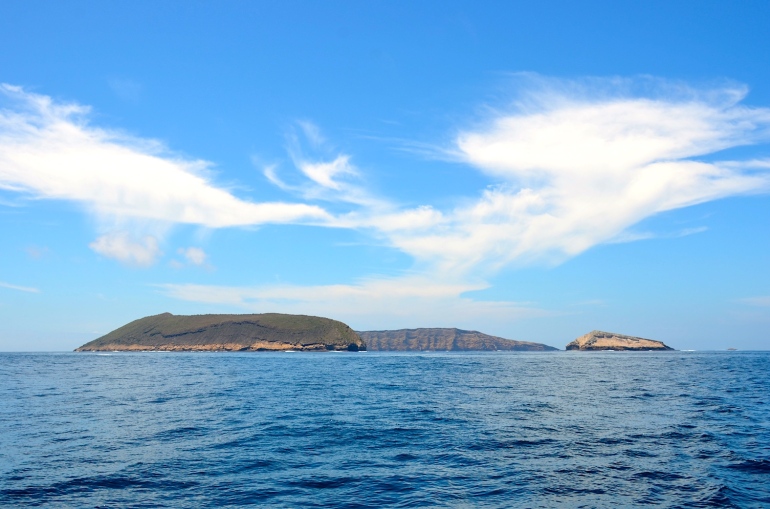 A large hammerhead appeared to welcome us to Puerto Villamil, a lovely shallow lagoon to anchor in.

This feels like a real sleepy backwater in comparison to Santa Cruz.  Sea lions playing in the mangroves around the shore, sandy dirt roads in the village. 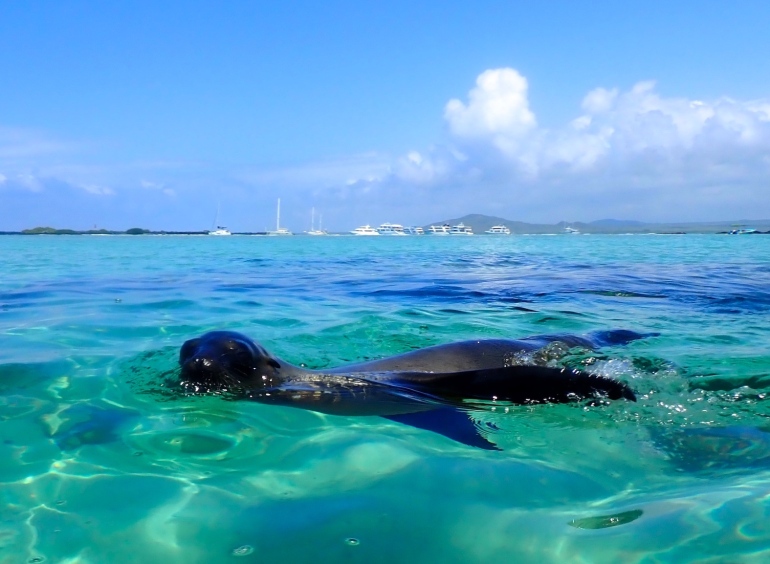 More surf, not the powerful point breaks of Cristobal, but a very fun beach break a few minutes away, I have surfed it every day.  Lots of waves here. I remember watching Sir David Attenborough’s programs from the Galapagos years ago and being distracted by the waves peeling behind Sir Dave.

This is really a one-off landscape, unique to the Galapagos.  The only way to see it of course is to sign up for a boat trip with a local naturalist as your guide. (I am trying.)

It’s a remote area of mainly collapsed ancient black lava tubes, leaving arches and bridges standing in a labyrinth of clear aquamarine pools, channels and caves.  Sea-lions chasing the boat.  Tidal waters full of life, we snorkelled with sleepy white-tipped sharks and huge grazing sea-turtles.   Above the water are mangroves and candelabra cacti hundreds of years old.  Outside the reef we saw giant manta rays.  The whole trip was pretty amazing.  Sometimes you just have to be the tourist. 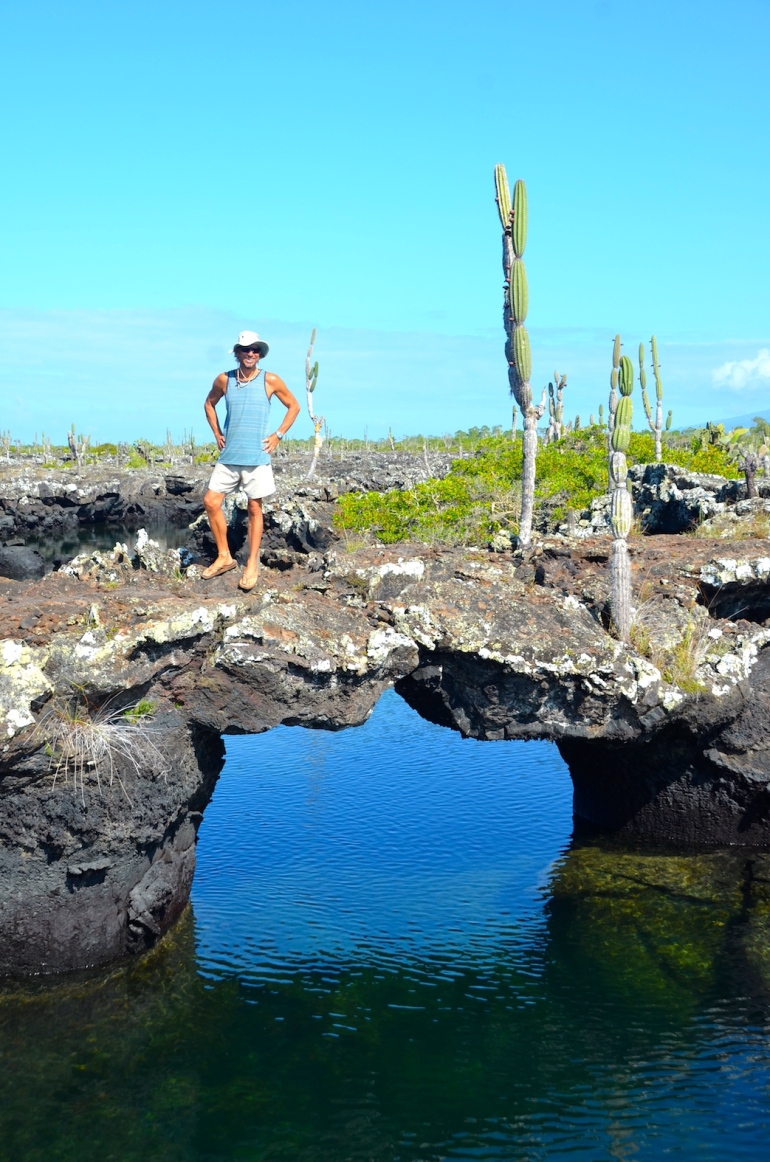 I have read about the ‘complex and comical’ courtship dance of the Blue Footed Booby.  In flight, boobies look much like a Guernsey Gannet in shape: streamlined fuselage, feet tucked away, low level gliding and a powerful dive from a great height.  We have seen a few of these birds around the islands but not up close, and certainly not dancing.  In Los Tuneles we almost tripped over a pair, mid performance.  It’s wonderful.  Slo-mo foot raises, whistling (male), grunting (female), all sorts of posturing.  Apparently the male needs to persist with this dance for WEEKS before the female acquiesces. 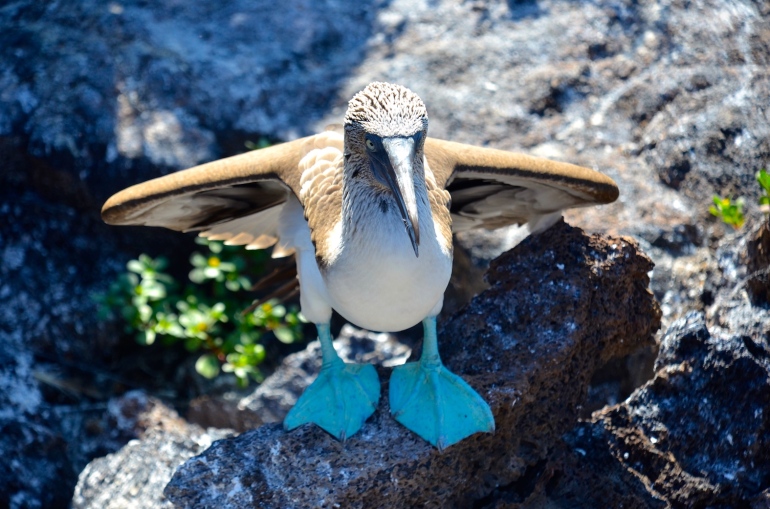 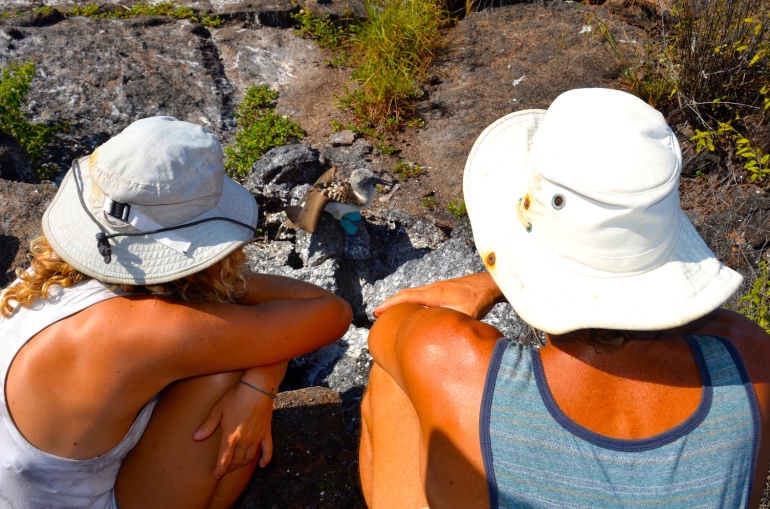 We have noticed that several birds, animals and fish here are not afraid of us, or camera shy, but seem to be positively performing and posing for their close up!

The Booby dance is on the video, if you make it past the sea-lion footage..

This special Galapagos penguin is only to be found here.  Penguins!  On the Equator!  They are often seen in the bay where we are anchored, but it’s still too warm here, they are enjoying colder currents in the western islands.  So I had given up on seeing penguins here, but just as we were swimming back to our trip boat, the skipper called out “Pinguino!”  And there he was, a solitary penguin waddling along a rock next to another pair of dancing boobies.  Only in Galapagos!  I may buy a safari suit.

Dawn is flying home to the delights of springtime in Guernsey, catching up with family and friends.

Jemima and I are planning to sail the next part of the Pacific and meet Dawn again in Polynesia in a few weeks. 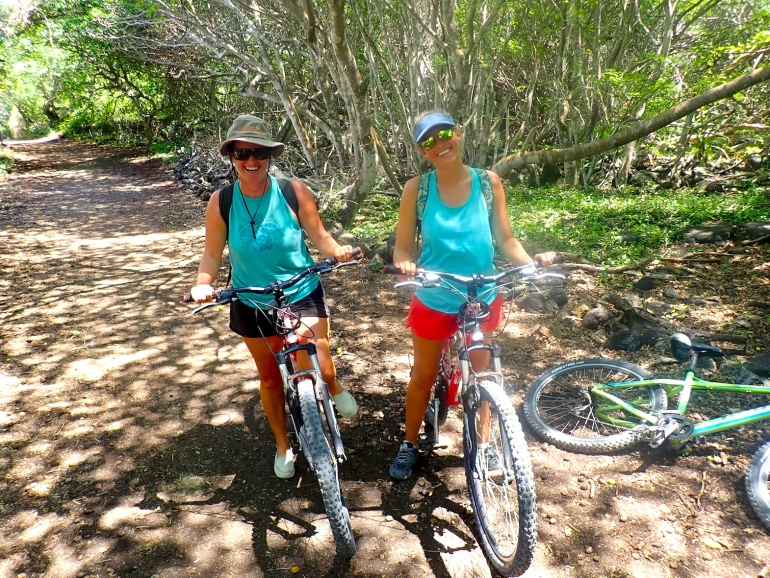 The traditional route from here is to sail to the Marquesas, the closest, northernmost islands in French Polynesia.

It is a well-trodden path these days.  This is the start of the cyclone-free season in Polynesia and most of the boats we met in Panama are making their way to the Marquesas.  I’m told the anchorages get crowded at this time of year.

So Jemima and I have decided to sail 2000 miles south instead, along the much less frequented route to Rapa Nui (Easter Island).

Bit of a detour.  If it all works out we’ll enter Polynesia via Pitcairn and the Gambier islands, (another 1200 miles) by which time it will be winter down there.

So thermal underwear possibly, but we will be 900 miles south of the crowd.

Well Dawn won’t be onboard to run the IT department!

We will try to send some text via the sat phone, if not it may be a quiet month on the blog!

So here’s the roundup of footage from the last month, sorry but the sea lions have really stolen the show.  Again.

Leave a Reply to Jonathan O'Donnell-Young